ABI has strong leadership by physiotherapists, two members of the Executive Leadership Team are physiotherapists, one has a PhD and both have retained a practicing certificate and are committed to improving neuro rehabilitation as a practice both at ABI and across New Zealand.

The ABI Auckland Intensive physiotherapists organised a fun activity to celebrate this day, incredibly while still in Level 4 Lockdown.  As reported by James, one of ABI’s physiotherapists and Chair of the ABI Wellbeing Committee.

Several (but not many) of ABI’s elite athletes competed at the World Physio Day Games in the ABI Gym Arena. We can only assume that the low participation levels were due to the gruelling qualification process which involved walking approximately 150m to the gym from the therapy office.

The games got off to a surprising start with Bruce arriving before the competition had even started with a box of home baking he claimed was a gift to celebrate World Physio Day. Bruce declined to comment when rumours of attempted bribery of the games officials surfaced and threatened to overshadow the event before it had even started. Unfortunately for Bruce, his dairy-free muffins (which were exquisite by the way) were not enough to get him a place on the podium.

The demanding Physiolympic Quad-athlon event proved to be a thorough test of the athletes’ strength, endurance, coordination and effectiveness of their visual, vestibular and somatosensory systems. Maegan and Clodagh came out of the blocks with strong performances in the single leg sit to stand event. Despite downplaying her chances from the start, Alana forced a head-to-head playoff against the in-form Maegan in the eyes-closed-head-turning-on-the-blue-foam event. Clodagh was disappointed with her performance and said she selected the wrong footwear for the conditions which hindered her chances.

Kalesita proved to be a crowd favourite with her infectious laughter and unorthodox technique particularly for the wall sit challenge. Newcomer Patricia was a welcome addition to the team and competition who gave her all but it was Maegan who triumphed and very impressively took a clean sweep of all four events. When interviewed after the medal ceremony, Maegan said she attributed her success to meeting the World Health Organisation’s exercise recommendations for adults aged 18-64 years. “I’ve just tried my best to meet the WHO guidelines: 150 minutes of moderate intensity exercise OR 75 minutes of vigorous intensity exercise per week, 2 strength and balance exercise days per week and finally, sitting less and moving more often. That’s been the key for me. Everyone should do it. I’m just stoked all the hard work has paid off and that I’m going home with a red stop watch around my neck and this orange traffic cone. It’s a dream come true.” (Disclaimer: The views expressed may not be Maegan’s).

Event director Julia Sweeney was asked about her take on the games, “I think they’ve been a great success. At the end of the day, inactivity is killing you, it’s killing me, and it’s killing everyone. All these athletes are winners in my eyes because they got up from their computer screens, broke up their prolonged sitting and got active. Motion is lotion, rest is rust and it isn’t wrong to be strong.”

Despite what the photos of Bruce might suggest, no staff members were hurt during the games and no post-falls huddles are required.

Happy World Physiotherapy Day 2021 to our Physiotherapists, we truly appreciate your mahi and expertise you bring in leading ABI, upholding the reputation of your profession and most importantly supporting clients and whānau in their rehabilitation journey.

If you a Physiotherapist who is interested in working at ABI, please contact hr@abi-rehab.co.nz to find out more. We would love to hear from you. 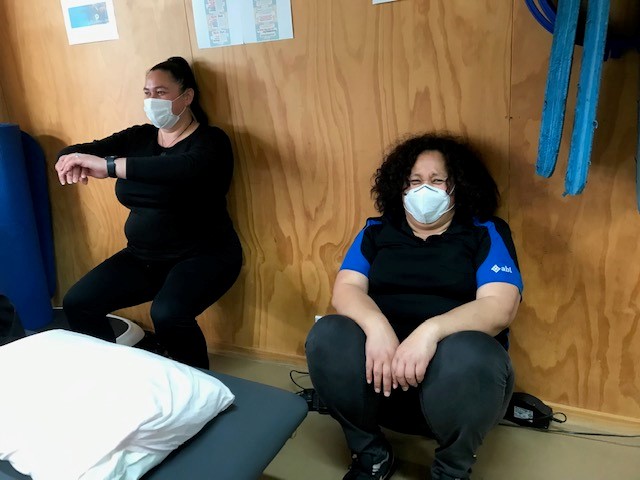 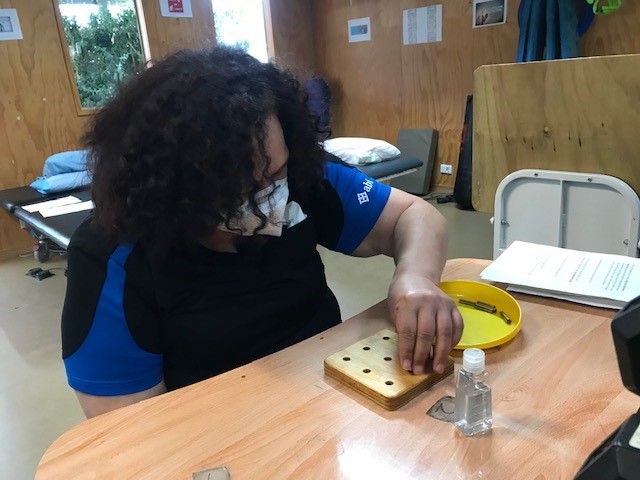 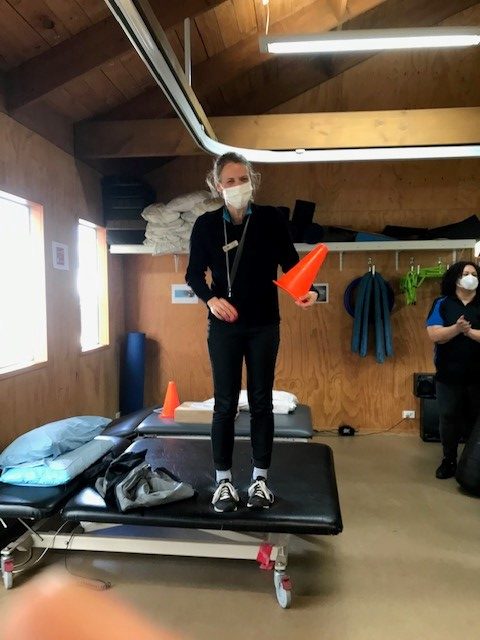 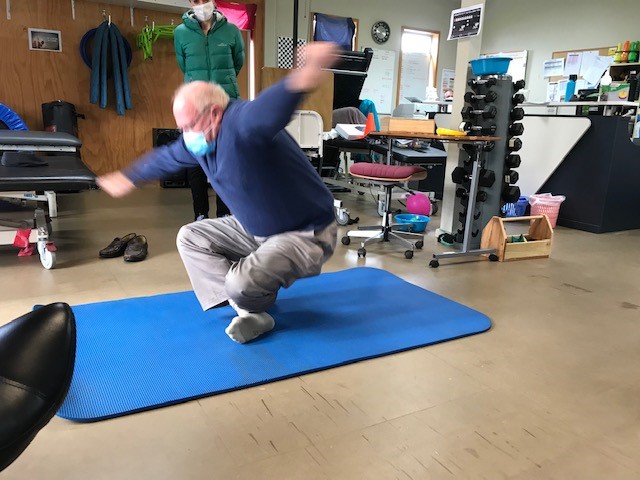